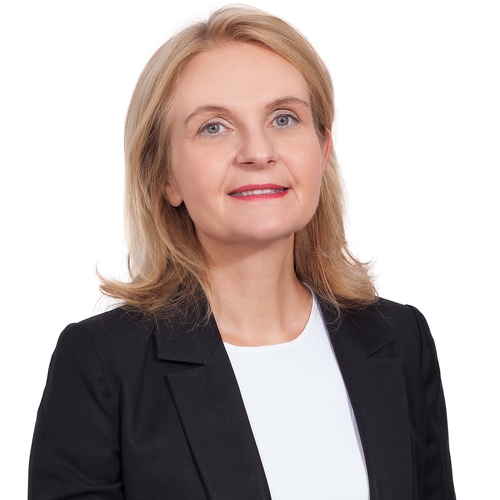 Caroline de Mareüil-Villette is one of the two co-founders of ICOSA and ICOSA Europe, two IP law firms specialized in Biotech, including life sciences and chemistry. She is also the co-founder of the subsidiary ICOSA Medtech, exclusively dedicated to Medical Device.

As a European patent attorney, she is a privileged representative at the EPO in particular for opposition proceedings. She drafts legal opinions on infringement, patent validity, and freedom-to-operate studies. Her freedom-to-operate studies lead to recommendations for a strong patent strategy in order to limit or avoid counterfeiting risks on third-party patent products.
As member of AIPPI and of the Licensing Executive Society (LES), Caroline de Mareuil-Villette has also developed an international network of correspondents and patent agents with whom she works closely.

In addition, Caroline de Mareüil-Villette trains CEOs and R&D directors and managers to raise awareness of IP issues and good practices in order to prevent actions likely to penalize the protection of an invention. She has also been involved in DALLOZ Intellectual Property Strategy training sessions and has co-authored numerous articles including “Drafting Biotech and Pharma Agreements” at Oxford University Press.

Caroline de Mareüil-Villette built her career at CNRS Innovation, the IP valorization subsidiary of the Centre National de la Recherche Scientifique (National Center for Scientific Research). Then, she joined a Monaco-based firm specializing into cosmetic active ingredients where she created the Patent & Contract Department.
After living three years in Princeton, NJ (USA), she worked for a middle-sized Paris-based IP law firm. She then joined one of the major French IP law firm in 2004 where she created a department dedicated to Financial Valuation of Patents, Software & Trademarks.