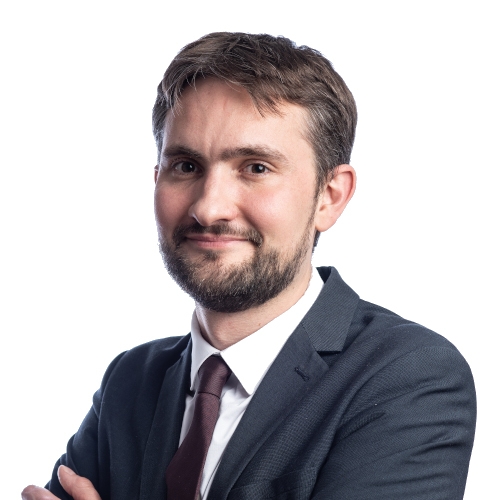 Virgile Grandclaude has been awarded a PhD in Chemistry from the INSA of Rouen in the team of Pr. Renard. His thesis was related to the synthesis of luminescent probes for the in-vivo detection of peptidases.
He is graduated with an engineer degree from ENSCMu (Ecole Nationale Supérieure de Chimie de Mulhouse) and he also holds a Master Degree in Organic and Bioorganic Chemistry from the University of Haute-Alsace.

He intervenes in drafting patents and examination prosecutions. He has also developed solid knowledge in opposition and appeal proceedings.